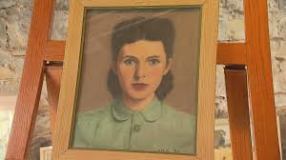 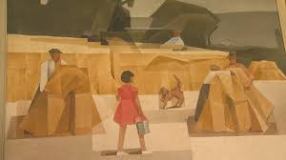 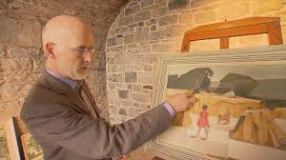 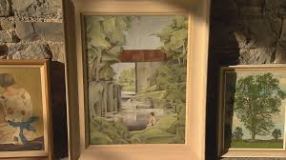 Mary Morrissy, the curator of unawattersartist.wordpress.com, recounts how an essay by a ten-year-old schoolgirl introduced Una Watters to a national audience.

On March 6, in association with the Herstory project, the RTE  Nationwide programme dedicated a show to Una Watters.  Una’s niece, Sheila Smith, and her nephews Garry and Gerry Byrne, came to EPIC The Emigration Museum in Dublin armed with a selection of Una’s work that is still in the family’s possession and spoke to the show’s presenter, Blathnaid Ni Chofaigh

The Herstory project was founded in 2016 to showcase authentic female role models and to set up an education programme to foster interest in forgotten women achievers. In association with RTE Junior, Irish schoolchildren were asked to nominate their “lost” heroine.

Alexa Bauer (10) of Dublin 7 Educate Together school, nominated Una Watters for the project and wrote an accompanying essay on The Ladies Committee (1964) explaining her choice.

Una Watters should be one of Ireland’s most famous painters, but has sadly faded away.

Alexa’s great-grandmother, Molly Smith, who owned a shop in Finglas close to where Una Watters lived, is the woman dressed in black in the centre of the painting. 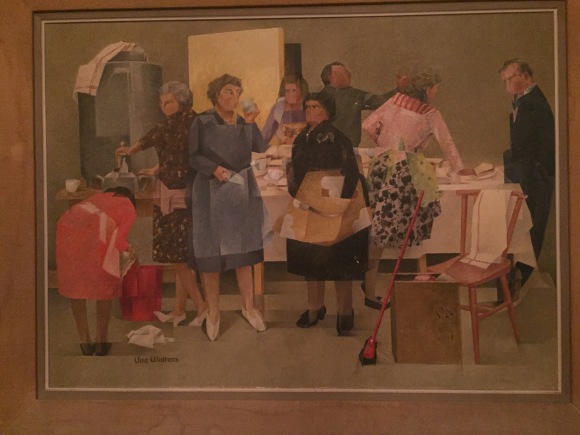 Alexa was also interviewed by Nationwide and was present at the EPIC museum to celebrate the launch of the Herstory Festival 2020 which included a series of illuminations on the facade of the GPO to mark St Brigid’s Day Una’s stylised image, which was featured in the illuminations (below) was designed by National College of Art and Design student Rebecca Sodegrad. 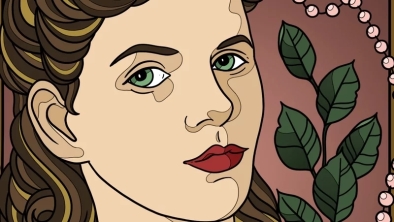 Images, apart from The Ladies Committee, courtesy of Nationwide, RTE.

Mary Morrissy curates this site. She is an award-winning novelist, short story writer and journalist. She has taught creative writing at university level in the US and Ireland for the past 20 years, and is also an individual literary mentor.

Thank you for your many kind comments on my blog, Mary. And thank you for introducing me to the marvellous paintings of Una Watters. Andy

You’re welcome, Andy! I look forward to yours which is always so well informed and thought-provoking. Keep it up! Mary